GROWTH IN PLANTS AND ANIMALS.

Growth is permanent and irreversible increase in size. It is brought about by the increase in the number of cells, cell division, cell enlargement and cell differentiation. 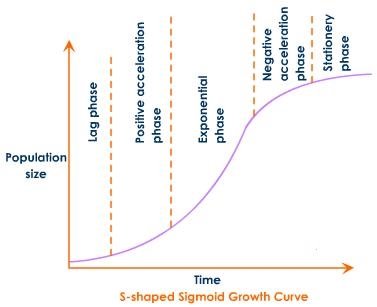 The phases are described below;

Marks the period where there is no change in the size of the organism. The organism has attained maturity. The cells are formed only to replace those which are worn out.

Growth in living organisms can be measured by several methods, these include the following; 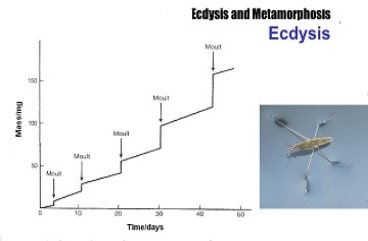 The body of an organism is made up by two categories of cells;

The number of cells in a body are sad to be diploid number, which is denoted as 2n. Different organisms have different number of chromosomes,

Mitosis occurs in five stages; these are;

This is a stage between two successive divisions. It is thought as a stage of preparation for cell division. During interphase the following happens;

The cell at this stage is mobilized for division. 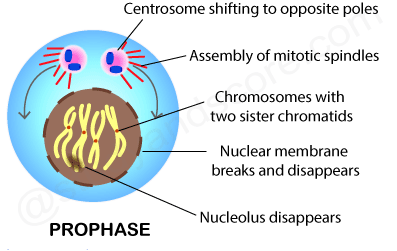 The spindle fibres are thread like structures attached to the centrioles and are responsible for the separation of the chromosomes. 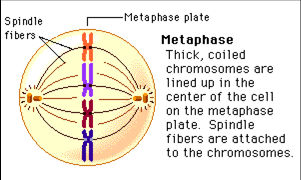 During anaphase, the centromere separate. The spindle fibres shorten, pulling apart the sister chromatids towards the opposite poles of the cell. By the end of the anaphase, chromatid arrive at the equator. 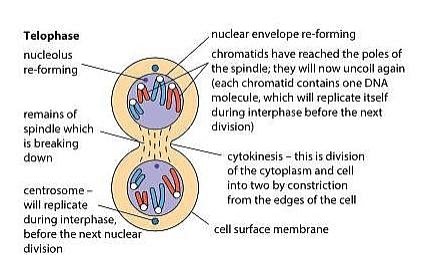 Mitosis is important in various aspects as explained below;

Growth in plants and animals is affected by a number of factors; these include the following;

The following are some of the examples of growth hormones

This hormone has the following roles

This hormone plays the following roles in plants

This hormone is also called ethane. It has the following function;

Responsible for the following;

GROWTH AND DEVELOPMENT IN HUMAN BEINGS.

Stages of growth in human beings.

Growth in human beings occurs in various stages as follows;

This is the period from which the baby is born to sexual maturity, about 11 years. Childhood has several stages;

Physical and physiological changes during this stage;

Babies at this stage express their feelings through crying. They cry to show anger, hunger, fear, tiredness and other discomfort.

This is from six to 12 months.

This is the age between 1-3 years

This age ranges from 7-9 years

Services required to meet the needs of the children

The following services are necessary and important in the growth of the children.

This is a stage of human development from childhood to adulthood. It ranges from age 12-18. Girls reach adolescence earlier than boys. During this stage, and individual experiences a lot of changes both physical and psychological.

Physical changes in an adolescent.

Psychological and behavioural changes at puberty.

Because of these changes, adolescents are required to maintain high level of cleanliness

Services required to meet the needs of adolescents

The person is still very strong and can do tasks well.

Starts from 56 and above

Services rendered to needs of the elderly.

The following factors affect the rate of physical deterioration of the human body.

Some other factors are environmental and include poor diet, excessive noise, toxic chemicals and radiations, diseases and infections.

GROWTH AND DEVELOPMENT IN FLOWERING PLANTS. 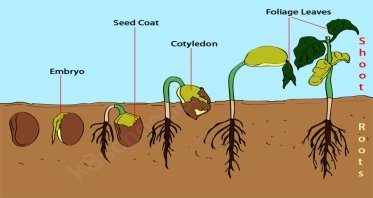 Parts of a seed.

A typical seed is made up of the following parts, 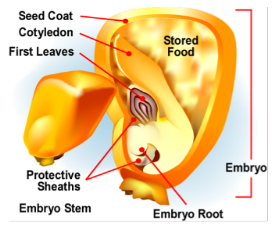 There are two types of seeds depending on the number of cotyledons. These are as follows,

Monocotyledon- are seeds which are made up of one cotyledon example include, maize, rice, wheat

There are three important conditions for the process of germination; these are- water, warm and air.

It is required for enzymes activities. It enters the seed through the micropyle. It soften the testa allowing water to enter in. it enters into the seed by the process of osmosis.

The role of water in germination;

This varies from one plant to another. Some plants needs light to germinate while other do not need light. 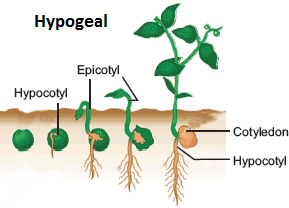 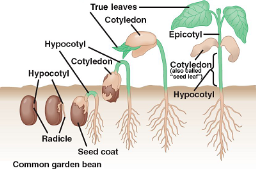 The process of germination

Changes which occur during seed germination.

A viable seed is one which retains its ability to germinate

Viability is the ability of the seed to stay alive so as to germinate and grow into an adult plant. The following are some of the factors that affect seed viability.

If the embryo is immature, germination cannot take place. To break this dormancy, allow the embryo to mature.

Growth regions in a seedling. 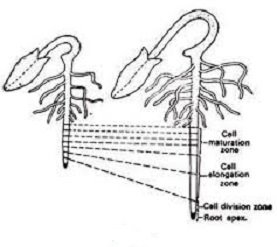 The plant organs elongate, resulting in growth at the root and shoot apices. This type of growth is called primary growth.

Measurement of growth in seedling.

a)appear above the soil b) remains in the ground

II. Describe the factors required by a seed to germinate (two)

© What differences are there between hypogeal and epigeal germinations? (two)

(b) Draw a graph showing human growth up to 70yrs. Label your graph well

(c) From Q 6 (b) above describe the following stages:-

7. (a). Give the differences between the following items as used in growth by giving examples.

b) List down four factors influencing growth and explain the role of mitosis in growth of a living organism.

(ix) It is a structure found in animal cells and it form spindle fibres that aids separation of chromosomes.

2. Question two is matching type question, select the best response from column b and write its letter besides the question item in the box below.

3. (a). Give the differences between the following items as used in growth by giving examples.

(b) Draw well labeled graph that is mentioned in Q.8 (a) above

1) Name phases labeled A, B, C, D, and E and give their features


ii) Mention Parameters which can be used to measure growth

What is discontinuous growth? Why do arthropods experience this form of growth?B- Exponential phase — This is phase in which growth is very rapid.
C — Linear or decelerating phase — growth decrease as maturity nears.

D- Plateau phase — also called stationary phase. There is no growth experienced — the rate of new cell formation is equal to rate of death.

E — Decline phase — Rate of growth declines. There no new cells being made, and present ones are aging.

e) Discontinous growth is characterized by a number of periods of rapid growth followed by periods of little or no growth.

Q a) Mention the type of cells found in human body

Differentiate between meiosis and mitosis

Mention the main phases of mitosis

Give and account of what happens during each of the following stages.

g) What is crossing over? Give importance of this process

h) Give importance of meiosis?

Interphase — is stage between one cell division and another.

Build up of energy takes place

Sister Chromosomes are attached to contromere

Chromatids are arranged at the equator.

Spindle fibres are joined at the chromosomes .

Chromatids arrive at the poles.

Nucleolus reappears, nuclear, membrane form around each set of chromosome

Centromere is a point of contact where chromosome is Joined. Chiasmata — This is a contact between two chromosomes during crossing over.

Crossing over is when chromatids overlap over each other and share genetic materials.

It repairs body parts which are injured.

It leads to generation of new parts of organism

Old cells are replaced through mitosis

Q a) Mention factors affecting growth in plants and animals.

b) Give the function of the following hormones

A a) Factors affecting growth in plants

Q a) What do you understand by

- Cause premature balding winkling and osteoporosis - Can case lung cancer

Q a) What is germination

A a) Germination is the change of a seed into seeding

-Provide media for reactions of enzymes

-Used for respiration to provide energy for cell division and transport

Epigeal germination — The cotyledon comes out of surface with seed leaf— example is bean. e) Water is absorbed through micropyle, the cells swell a process called imbibitions, testa softens and burst.

-How can we break seed dormancy?

f) What do you understand by;

o Seed maturity — A mature seed in more viable than a immature seed.

Seed dominancy is the inability of a seed to germinate. Causes

How to break seed dormancy

e) A zone of permanent tissue

B - Zone of cell differentiation

F) Apical meristem — are cells which divide and bring about growth at buds and leaf tips. Primary growth - A type of growth which leads to elongation of roots and shoot apices.

b)Discuss the physiological and behavioral changes which occur during adolescent.

c) Discuss changes that occur to a seed during germination