Consists of green plants capable of making own food. It is divided into four divisions;

General and distinctive features of conifers

Examples include the pines, cedar juniper tree and spruce. 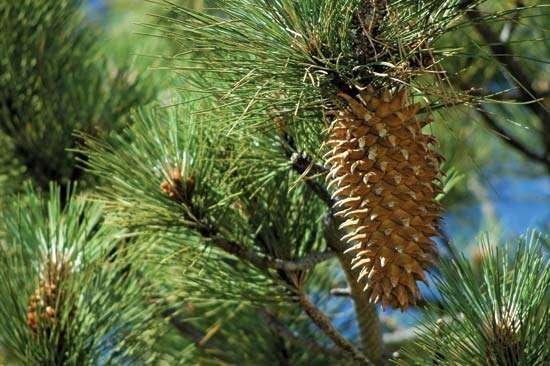 They have the following characteristics;

They include plants like, beans, mangoes, black jack, jacaranda, coffee, and eucalyptus

They show the following characteristics. 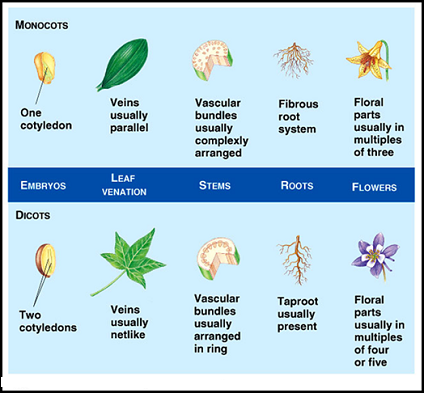 Table 1.1 Differences between monocots and dicots.

(b) Work out the distinctive features of the coniferophyta division.

2. (i) What is classification?

(iii) What is meant by the term “Sporophyte”.

(iv) briefly explain the adaptations of plants into different environment.

3. a) Mention the names of two classes under the Angiospermophyta Division.

b) In question 3(a) above outline the distinctive a features of the two classes mentioned.

b) Draw to scale two cones – one male and the other female of a named tree.

( i) What cone is much large? Give reasons.

(ii) Why at maturity the male can produces yellow powder? Mention the biological terminology used to denote the yellow powder.

6. How does monocotyledon differ from dicotyledonous plants?

8. What are four (4) distinctive characteristics of pines?

9. What are the economic importance of Angiosperms.

10. Explain the distinctive features of the division coniferophyta.

11. Draw a well labeled pine tree with its fruits.

12. What is the advantage of conifers having needlelike leaves

13. What are the characteristic differences between monocotyledonae and dicotyledonae classes?

B. Have pericycle and cambium

C. BOTH has pith

D. In stem, the vascular bundle are scattered while in roots they form a ring.

7. Which of the following is not a dicot?

8. Which of the following is not an advantage of angiosperms?

A. They are source of food

B. Some have medicinal values

9. Which of the following is an characteristic of kingdom Plantae?

B. Have vascular bundles

C. All members can photosynthesize

10. In dicot root, the vascular bundles are arranged in such a way that;

A. They form a ring

B. They are scattered

C. They form a star

b) State the distinctive features of conifers

5. a) Briefly explain how fertilization takes place in conifers

b) Outline the advantages and disadvantages of confers

9. a) What is alternation of generation?

b) Explain how alternation of generation takes place in bryophytes.

10. Write an essay on economic importance of kingdom plantae

(b) Give member of

2. Differentiate between Bryophytes and filicinophyta

4. What are characteristics of conifers?

A. 1. a) Division of kingdom plantae

b) - Bryophytes are mosses, liverworts,

(f) Advantages and disadvantages of conifers

Q a) Give the general features of angiospermatophyta.

b) Different between monocots and dicots

c) Give advantage of Angiosperms.