OFFICE OF THE PRESIDENT

Answer the following questions by writing the answer in the space provided.

1.The process of protecting and taking care of something from being destroyed is called

2.It is the main agent of environmental destraction

3.The increase of temperature on the earth’s atmosphere

4.Among the following activities is not harmful to the environment

5.The energy source mostly in rural areas is

7.Among the following human activities cause soil erosion

9.Which of the following symbols is found in the Tanzania presidential flag

11.What are the things which make Mtera and Nyumba ya Mungu dam be potential.

12.The national flag has four colour which represent the most important elements in our nation which colour represents rivers, likes and sea (A)green (B)black (C)blue (D)yellow

13.A patriot is a person who. (A)works hard (B)was born in a country (C)helps those in problems (D)is ready to die for his nation

14.The first European to come to Tanganyika is

16.The Arusha declaration was announced on.

17.To preserve water sources means to

(A)use it to the maximum (B)allow water from the factories to enter rivers, lakes and the ocean  (C)use and take care of water sources for us and for coming generations (D)leaves farmers do their activities near water sources.

18.Which one among the following helps to increase level of water in water sources? (A)overgrazing (B)presence of trees in an area (C)fire forest (D)none of the above.

19.The headquarters of East African community is in

21.The condition of a place observed and recorded over a long period of time is called

23.Among the following areas receive high rainfall except

24.What is the major cause of global warming

25.Among the following is a natural hazard except

26.The following are drought resistant crops except

28.The following are effects of drought except (A)increase in harvest (B)death of people and livestock (C)drying of water sources (D)increased conflict between farmers and pastoralist

29.The following is a solution to floods. (A)building houses near rivers (B)to avoid living in flood-prone areas (C)building or settlements in valley (D)setting, adjacement to river banks, near lakes

30.Among the following are drought prone areas except

ANSWER ALL QUESTIONS IN SPACES PROVIDED.

Study the picture below to answer question 44 and 45 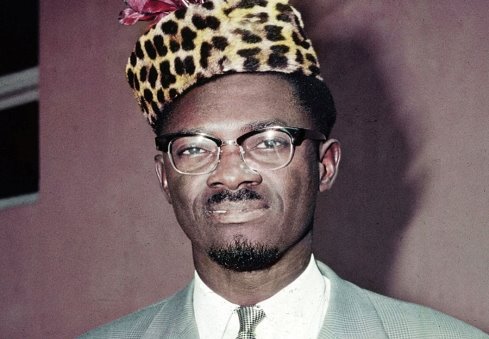 Choose the correct answer and write its letter in the brackets

1. Which of the following is a political historical event?

4. High humidity leads to formation of

5. Spreading of gospel among Africans was the work of

6. One way of protecting land is to practice

9. Which one of the following is not among the effects of land pollution?

10. Which one among the following was not a reason that led to failure of resistance in Tanganyika?

11. Sitting on a mat while eating is mainly the custom of

14. The boundaries of East Africa were completely marked in…

16. Changing water into vapour is called

17. Supplying crops with artificial water is known as…..

18. The famous place where one can view a meteorite in Tanzania is

FILL IN THE BLANKS WITH THE CORRECT ANSWER

FOR EACH OF THE FOLLOWING STAEMENT, WRITE TRUE FOR A CORRECT STATEMENT AND FALSE FOR A FALSE STATEMENT

A hero is someone who does something great and beneficial for his or her society. There are many people who have devoted themselves in fighting for the African continent in the last decades. They fought against oppression, colonialism, poverty, corruption, environmental degradation among others. All these are considered to be heroes of Africa.

46. The special buildings or places which are designed to preserve historical items are called

47. The skull that is believed to be of the earliest man was discovered in 1959 by Dr. Louis Leakey at a place known as

49. The process of collecting and storing information of the historical events is called

50. Why is Kinjekitile Ngwale unforgettable in the history of our country?

Choose the words that complete the sentences by writing letters of the correct answer.

Study the following pictures and then answer questions that follow.(41-43) 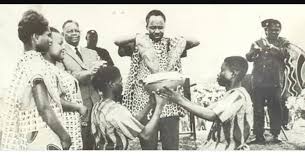 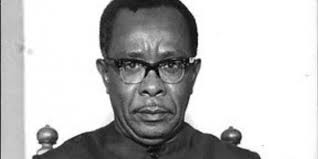 Choose the most correct answer and then write its letter in the answer sheet given..

1. Who is the leader of government affairs at the ward level?___

2.  Who is the Chairperson of the Zanzibar Revolutionary Council?

3. _____ are sets of behavior that are typical accepted within a particular society.

4. A person who is entitled to hold the office of the President of Tanzania must have…...
years and above.

5.  Which colour of our National Flag identifies the majority people of Tanzania?

6. Having a great love for your country is known as____

7. Who chairs the District council meeting?

8. How do we call inherited experiences that are passed on from generation to another?

9. The following are members of East African Community, Except_

10. Who is the current Political Parties Registrar in Tanzania? --__

12. Tanzania is conducting a Local Government election in ____

13. The main factors that contribute to single parent family are_______

15. Zanzibar was officially declared as a British colony in_______

16. Which political party was formed by the colonialists to oppose TANU?

17.  Which colonialist power preferred the use of direct rule as its administrative system?

18. The following is the event which marked the end of Germany rule in Tanganyika;

20. Which was the main sector of the colonial economy?

21. Which Political party liberated people of Zanzibar in 1964?

23.  Which conference aimed at dividing African Continent among colonialists? ………….

24. Which was the first city to make and use its own currency among the East African coastal cities?

26.   It was meant to transform the country from Capitalism to Socialism and Self -reliance?

2 7. Which of the following groups consists of types of map scale?

2 8. Which of the following is not a proper way of writing a map scale?

29. The distance measured between two points on a map is 16cm. What is the actual ground distance between the points if the map scale is 1:400000?

30. What name is given to an imaginary line that runs from North to South in zig zag form showing the place where each Calendar day begins?

31. How do we call the low pressure zone or belt found along the Equator?

32. Which digits represent the vertical readings in a grid reference map showing the point with 269415?

33. How do we call the South west corner point of the grid map where eastings and northings begin?

35. Which of the following groups gives the correct examples of tertiary  industries?

36. One of the following is a reason for the failure or decline of industrial sector in  East Africa.

38. Soda ash is the famous extracted mineral in Lake Natron found in Arusha, Tanzania. Which among the following lakes produce the same product in Kenya? _____

39.  An instrument used to measure wind direction is called?

40. How do we call a deep inlet of the sea, lake or ocean almost surrounded by land with a narrow mouth?

43. Why did chief Mkwawa commit suicide?

44. Mention the leader who led to independence struggle in Kenya.

1.Speaker of the Assembly of the United Republic of Tanzania is elected by

2.Parmanent members of the security council of the united nations Organization are:

3. Rock paintings of animals and

4. What were the commodities that were brought in East Africa by the foreigners from Indone

sia and China as from the 5th C?

5. Three East Africa tribes that participated in the Long Distance Trade before colonialism

26. Which was the first group of the fore runners of colonialism to arrive in Tanganyika

7. The Chief Justice of Tanzania is appointed by the

8. The conference which partitioned Africa was held in

9. The scientist who explained the evolution of man was

11. It is very easy to prove that the world is spherical by looking at

12. Which African country had multi-party democracy in 1980

13. A family can attain economic development if

14.The German colonies in Africa were

15. The Germans ruled Tanganyika after the

16. The goods which were brought by Asian traders in Tanganyika from the 8th century include

17. The internal trade involves goods which are

18. The overhead sun in December occurs at the

19. The major effects of industries in the environment are

20. The essentials of the map are

SECTIONC. Fill the gaps below with the correct answer.