2.Nia Njema commenced business as a transport contractor on 01.03.2001. He makes up his accounts annually to 28thFebruary. He depreciates his vehicles at the rate of 20% on the straight line method. A full year's depreciation is charged in the year of purchases and none in the year of sale. His transactions are as follows: 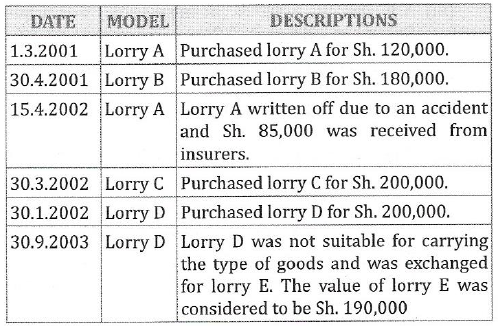 3.Alizeti PLC whose accounting year ends 31stDecember, invested in marketable securities. The transactions during the year were as follows:

You are required to post and balance the investment account in Alizeti PLC's ledger, assuming that the appropriate amount of interest is received on the due dates.

4.(a) The financial statement of Manundu Investment Company Ltd is as follows: 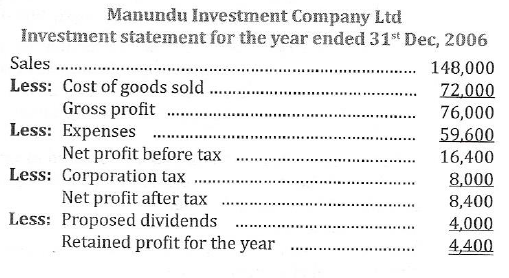 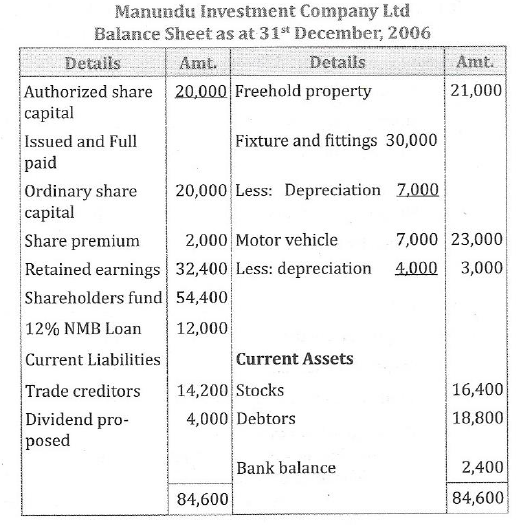 From the above information, you are required to compute:

(b) The Big Noise Branch of Universal Traders Ltd. closed its books on 30thJune, when the following Trial Balance was compiled. 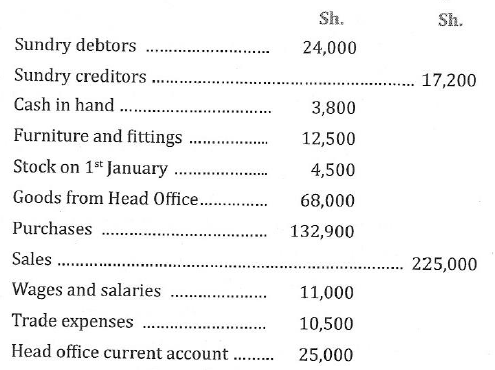 By using the above information, prepare the:

(i)Branch Trading and Profit and Loss account for the year ended 30thJune.

5.The following information is supplied from Nandenga Investment: 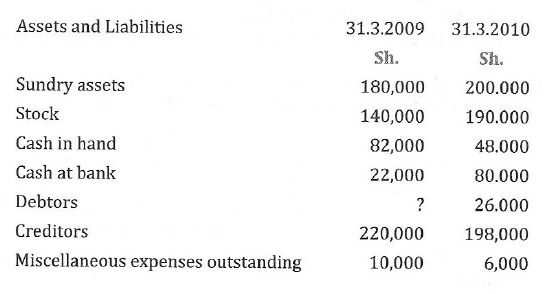 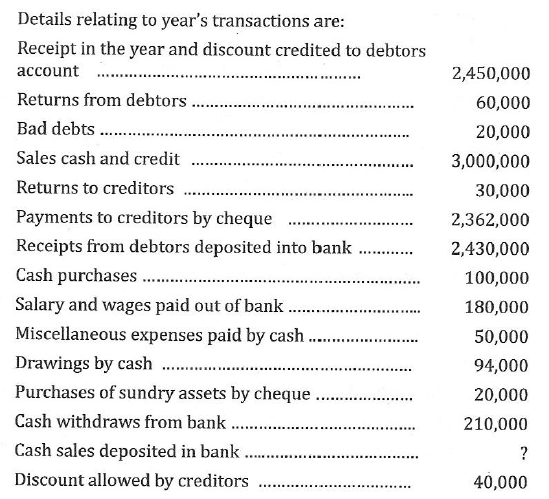 You are required to prepare:

(ii)Balance sheet as at that date

6.The following is a summary of the receipts and payments of the Charambe Rotary Club during the year ended 31stJuly, 2009.

Receipts and Payments account for the year ended 31stJuly, 2009 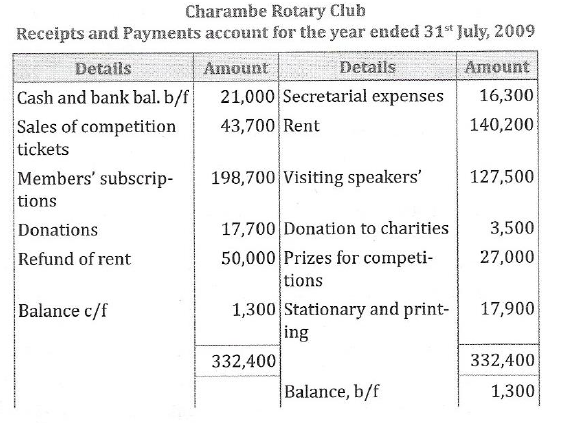 (a)Calculate the value of the accumulated fund of the Charambe Rotary Club as at 1stAugust 2008.

(b)Reconstruct the subscriptions and competition prizes accounts for the year ended 31stJuly, 2009.

(c ) Prepare an income and expenditure account for the Charambe Rotary Club for the year ending 31stJuly, 2009 and a Balance as at that date.

7.A book keeper extracted a trial balance on 31stDecember, 2010 which failed to agree by Sh. 210,000, a shortage on the credit side of the trial balance. A suspense account was opened for the difference. In January 2011 the followings errors made in 2010 were found:

By using this information:

(i)Show the journal entries necessary to correct the errors.

(ii)Write up the suspense account after the errors described have been corrected.

(iii)If the net profit had previously been calculated at Sh. 31,400,000 for the year ending 31stDecember, 2010, show how the calculations of the corrected net profit would appear.

The following information relates to the accounting year ended 30thJune, 2008. 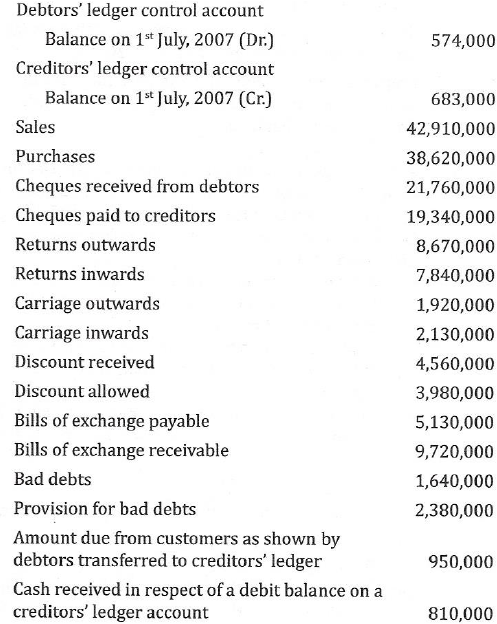