1. For each of the items (i) - (x), choose the correct answer among the given alternatives and write its letter besides the item number in the answer booklet provided.

(ii) Why is oil used as a lubricant?

(iii)Which one is a characteristic of a plane mirror?

(iv) Which one is not a region of electromagnetic spectrum?

(v)  What quantity of heat is required to raise the temperature of 25 kg sample of mercury from 20°C to 30°C?

(vi)When silicon element is doped with phosphorus atoms, it produces

(vii) Which of the following is an example of a scalar quantity?

(viii)What role does the iris play in the human eye?

(ix) Asteroids which manage to reach the earth surface are called

2.Match the items in List A with responses in List B by writing the letter of the correct response beside the item number in the answer booklet provided.

3. For each of the items (i)-(x), fill in the blank spaces by writing the correct answer in your answer booklet.

(iv) When a p-type and n-type semiconductors are bounded together they form a single crystal called ____________.

(v) The nuclear reaction which involves joining of lighter nuclei into heavier nucleus is called ____________.

(vi) A device which produces electricity on the basis of electromagnetic induction is called ____________.

(ix)The wave which makes particles of the medium to vibrate in a direction perpendicular to the direction of movement of the wave is called ____________.

4. (a) Briefly explain why hydrometer

(i) is weighed with lead shots.

(i) The volume of rubber that partially immersed in water.

(ii) The force required to immerse the rubber completely.

5.       (a) List four factors which affect the rate of evaporation of liquids.

(ii)  Calculate the relative humidity given that the reading on dry bulb hydrometer is 24°C and the wet bulb temperature reading is 16°C.

(c)    With the aid of a sketched graph, explain how temperature affects the saturated vapour pressure of water.

(b)    Why notes of the same pitch played on a violin and flute has different quality?

(i) Write an expression to show the decay process of the sample.

(ii) Use an expression in (b) (i) to sketch the graph then estimate the mass of sample which will remain undecayed after 20 days.

(c)    Describe the use of Geiger-Muller (G-M) tube in detecting nuclear radiations.

8. (a) Give two examples which illustrate the rectilinear propagation of light.

(b) (i) The refractive index of light passing from water to air is 3/4. Calculate the critical angle. (ii) Outline two differences between primary and secondary rainbows. 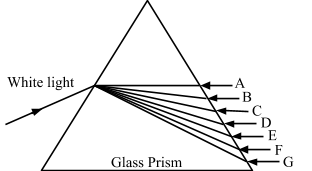 (b)    (i) Specify the difference that exists between galaxy and a planet. (ii) Outline three defining characters of a planet.

(c)    Briefly explain the importance of stratosphere to living things on the earth’s surface.

(b)    (i) Give one structural difference between A.C. and D.C. generators.

(c)    Figure 2 shows a transformer used to step down power. Assuming that there are no power losses, what will be the ammeter reading on the output part?

(b)    (i) List three areas where bimetallic strips are used.

(ii) Why a bimetal strip made of brass and invar is curved outside with brass?