SECTION C: Use the map below to answer questions 36-42. 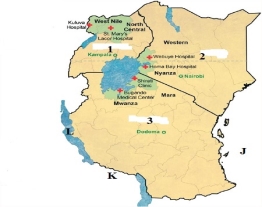 SECTION D: Fill in the blanks

Look at the diagram of a computer and name its parts

Write 3 acts which show love for people with special need

SECTION A: TENSES AND GRAMMA

Arrange the following sentences to make a meaningful paragraph by using letter A, B, C, D and E.

Maria is a pupil at Mtakuja Primary school. She likes English and Mathematics. She stays with her parents. Her father Mr. John is a doctor and her mother Mrs. John is a teacher. Maria is the best pupil in her class. She is going to be a doctor like her father.

2.The best way to preserve water is

3. Must people in Tanzania are

4. Soil erosion can be prevented by

5. To Tanzania, land, minerals, water and forests are

6. The Arusha declaration was announced on

9...........is a member of particular religious institution sent into another country or area to preach the word of God

11.The explores who came to Tanganyika was

12.Carl peters was the founder of a trading company called

1. Which of the following is the correct meaning of environment?

2. Which of the following activities cause environmental degradation?

3. The process of collecting and storing information for future reference is referred to as:

4. The removal of the top layer of the soil from one place to another place is termed as:

5. What is the main function of a camera in record keeping?

6. When did Mwalimu Julius KambarageNyerere die?

7. The total ways of life of a particular society is referred to as:

9. Which of the following instrument is used for measuring temperature?

10. The daily conditions of the atmosphere recorded for a short period of time are referred to as:

11. The largest percentage of the earth’s surface is covered by:

12. The transmission of historical facts from one generation to another generation through the words of mouth is historically known as:

13. One of the ways of conserving water sources is:

A.Dumping wastes in to the water bodies

B. Avoiding illegal fishing methods like the use of dynamites

D. Cutting down all the trees along the water bodies

E. Directing the water from the industries in to the river, ocean or lake

15. When did Tanganyika get her independence?

16. The special places or buildings where tools and objects of historical events are kept are known as:

17. Who discovered the skull of the earliest man at Olduvai Gorge in 1959?

18. In which region is KondoaIrangi historical site found?

19. The instrument that is used to measure  wind speed is called:

20. The president who served for a long period of time in Tanzania was:

21. What is the name of the following instrument? 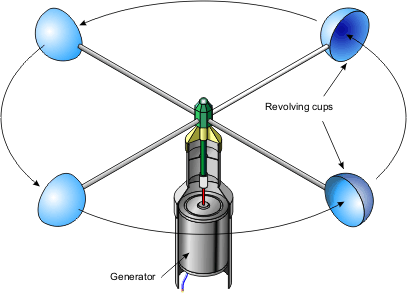 22. Which one among the following is NOT an element of weather?

24. The Tanzania and Uganda (Kagera) war was fought from:

25. Keeping records of historical events is very important because:

26. Which historical event do the Tanzanians remember on 14th October of every year?

27. The process of loving your country and being ready even to die for it is termed as:

28. Which of the following was the first group agents of colonialism to arrive in Tanganyika and Zanzibar?

29. The study of weather is known as:

31. The process of cutting down trees without replanting others is known as:

32. A person who is admired by his courage and outstanding achievement in the society is known as:

33. The total way of life of a particular group of people or society is called:

34. Which of the following is one of the effects of destroying our environment?

35. In which year did Tanzania re-introduce multiparty system?

36. Who was the leader of Majimaji war?

37. The following are the names of the African heroes who resisted colonial invasion in Africa, EXCEPT:

38. Tanzanite are minerals that are mined only in Tanzania at a place known as:

39. If you cut down trees and then you replant others, you practice environmental conservation process known as:

40. The amount of rainfallon the earth’s surface is measured by an instrument called:

Write down two advantages of wind

SECTION A: GRAMMAR AND STRUCTURE

Rewrite these sentences using as ---- as constructions:

Change the following phrases from the singular to the plural

Write each of the given phrases in another way, using the possessive form of the noun:

Change the following sentences from singular to plural:

Change the sentences below into passive voice

Form adverbs from the words given and then use them to complete the sentence below.

Complete the sentences with the correct degree of adjectives.

Add question tags in the following:

Insert the past tense of the verb in brackets:

Sea – lions bear some resemblance to seals, though they are much larger. When fully grown they are from twelve to twenty  feet in length and from eight to fifteen in circumference; they are extremely fat, so that having cut through the skin, which is about an inch in thickness, there is at least a foot of fat before you come to either lean or bones.

Their skins are covered with short grey hair, but their tails and fins, which serve them for feet on shore, are almost black. They have a distant resemblance to an overgrown seal, though in some particulars there is a manifest difference between them, especially in males. These have a large snout, or trunk, hanging down five or six inches below the end of the upper jaw, which the females have not. Those animals divide  their time equally between the land and the sea, continuing at sea all the summer, and coming on shore at the setting in of winter, where they reside during the whole of that season. In this interval they bring forth their young and have generally two at a birth, which they suckle with their milk, they being at first about the size of a fully – grown seal. During the time these sea – lions continue on shore, they feed on the grass and small plants which grow near the blanks of fresh – water streams.

They often, especially the males, have furious battles with each other, principally about their females; and we were one day surprised by the sight of two sea – lions goring each other with teeth until they were covered with blood.